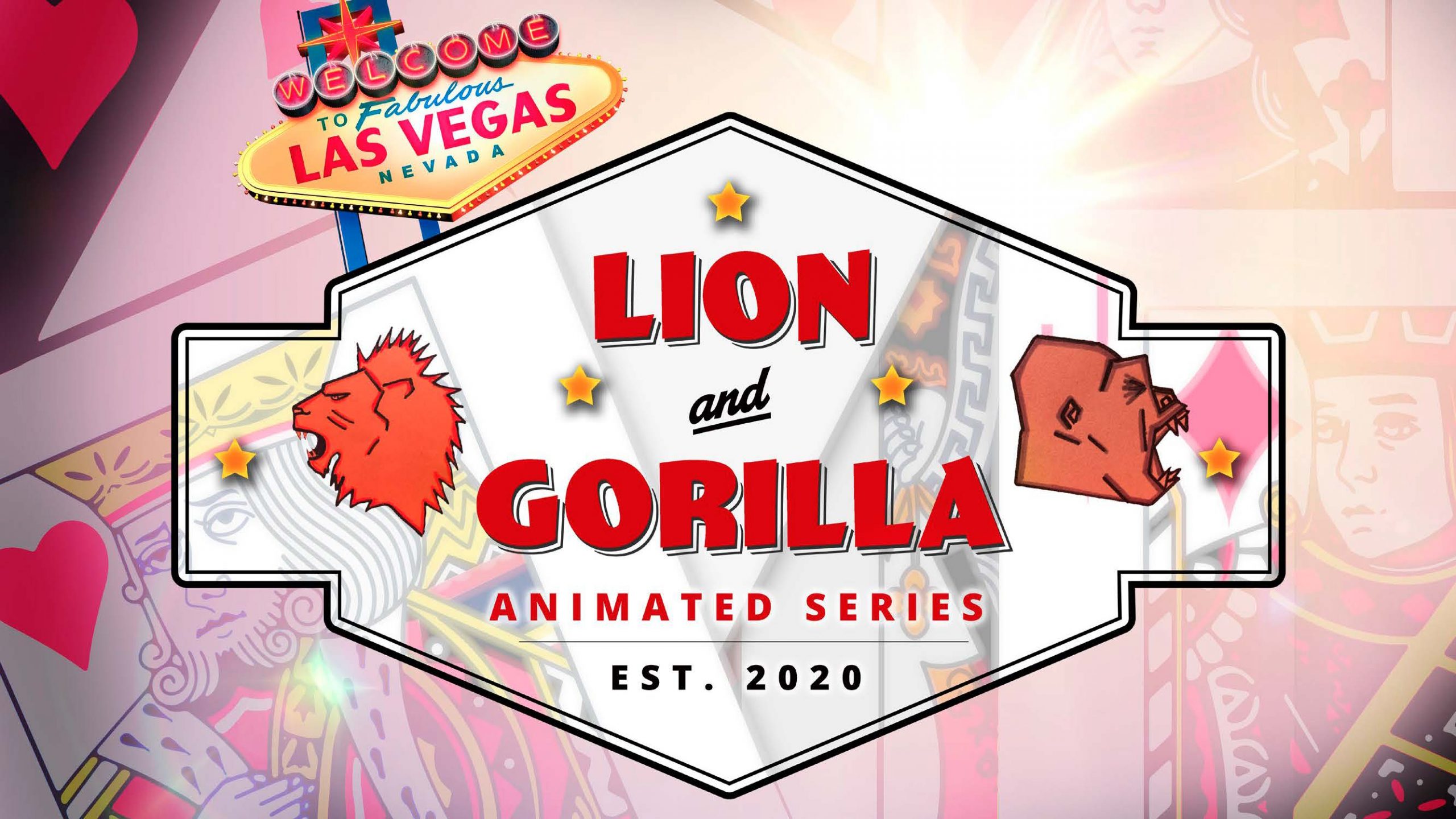 BubbleBlabber Interview: Meet The Producers Of Lion And Gorilla

Original Article Can Be Viewed Here

Anthropomorphic animals are much older than the art of animation. But it did not take long for the ancient storytelling trope to take over this new medium — and for good reason. Animals are easier to draw and animate than humans, because we are less familiar with them. They also open up a wealth of creative opportunities for the artists. Characteristics of a species have not only served as inspiration for how animators make them move, but also shape their personality. In this exclusive interview, Otis Chambliss Jr. and his friends Kevin Lyons, Sean Talley and Wesley Adamson take is through what it takes to make such a story, one that they developed over the course of nearly two decades, and may well become the next Game of Thrones when it releases. Well…more like Game of Thrones meets Zootopia meets Goodfellas, as you’ll soon find out.

Tim Brinkhof: First things first, where did the idea for this show come from?

Otis: Myself and Kevin, we were kicking around different ideas and we more or less came up with the idea of matching animals together, like you see on National Geographic — a lion versus a tiger, a tiger versus a bear, etc. We thought it’d be interesting if we could make a storyline around that. Ultimately, we settled on a lion and a gorilla.

Kevin: We were just kind of writing. It was a long time ago, a decade or two. This is  something that’s grown over time. Originally, we wanted to set it in the Wild West, with cowboys and all. Now the story takes place in Vegas. So it’s grown a lot, but it’s always stayed with that idea of pairing animals. As adult animation was getting more popular, Otis and I kept talking about writing our own series.

Otis: And then we partnered up with Shaun and Wes, and brought their own animals to the table. Shaun can elaborate on how we found our villain.Shaun: Basically, I’m fascinated with animation, so I came up with a character named “Pac Rat.” I showed the design to Otis and he said it was interesting. I know him and Kevin had been working on an idea for about fifteen years now. That’s where it all started from.

Otis: Wes proposed that we had some kind of — not romance — but heart to the story, so he came up with a character that ended up becoming the love interest of the series.

Wes: Savannah Swanson is a peacock, and a triple-thread. She’s Pac Rat’s obsession, which makes sense considering he’s a collector of finer things, and she’s one of the finer things that she’s collected.

Otis: When Wes came on, the scope of the story really broadened; we decided to go big. At that point, we all agreed this project became something outside of ourselves that evolved on its own. And we’ve been following it unfold ever since.

Tim: Going from the West to Last Vegas is a big shift in setting. What prompted such a drastic revision of the story?

Otis: They’re still going West, in a way. Lion and Gorilla, they’re from a small town in the Midwest, and they go West — to Vegas.

Kevin: When Wes came to us with the idea of Savannah being a show girl, playing into the extravagance of her being a peacock, I think that kind of opened our eyes to the potential that Vegas has a setting.

Otis: And even when the story was still set in the West, we had our characters be very proficient poker players, so we married the cardplaying with Savannah being a show girl. To us, it made perfect sense. And when Shaun was coming up with Pac Rat, he made him into a mobster.

Tim: And I think that was a very smart move, conceptually speaking, to make your antagonist a mobster who is a rat. The juxtaposition between his small stature and large shadow not only makes him funnier, but more interesting, original and well-rounded. But what about Lion and Gorilla, your main characters? How do they bounce off each other?

Kevin: They’re just best friends. At the beginning, they were modeled heavily after ourselves. Lion was kind of like me. Abe, the gorilla, was kind of like Otis. But not before long, they started to evolve. We dug deeper into their friendship, asking what made them so separable? Where did it begin? We made a scene with them as kids at the playground but when we picked the species we also wanted to pick a pair of animals that could really wreck shop when put together.

Otis: And Kev is right. The characters did, in a way, embody our personalities. Leo, the lion, like Kevin, is a huge Lakers fan, and has all these jerseys lying around. Kobe Bryant is the Black Mamba, he’s got this killer instinct that lions kind of have, so it made sense from that perspective, too. I’m into science. Abe is, too, so he wears glasses and has some nerdy mannerisms to him as well.

Kevin: They’re the odd couple that’s perfect for each other.

Tim: It is evident that, when choosing your cast of character, you modeled their personalities around the animals that they are. The peacock is a flashy show girl, the rat a shady, slimy gangster, etc. Were there any characters that you came up with during the development process that did not make the cut?

Kevin: I don’t think so. But what you said makes sense. For example, Sonny is a fox, so we really honed in on the traits of a fox — slyness, craftiness — and make them core parts of his personality. Jackie is a Jaguar. Jaguars are silent and deadly. They keep a much lower profile than Jaguars, so we made sure to have Jackie reflect that. Last but not least, there is Gordon the bear. Bears a big, wholesome and cuddly. Even though he associates with Pac Rat, he’s clearly a good-natured teddy bear in a tough predicament. We didn’t really subtract any characters, but we added a lot of them.

Tim: What are some of the movies and shows that influenced your writing style?

Otis: I always like when they blend genres. One of my favorite films, which people do not realize does this, is Predator, the original with Arnold. It manages to blend multiple genres into a single story. You got horror and slasher elements surrounding the Predator creature itself, but you also got the action element with the platoon. Blending genres — that was something we hoped to achieve, too.

Kevin: We all love animation and episodic storytelling, and grew up watching so many different things. It’s hard to be original these days, too. We definitely have our influences. Otis and I are huge 80s junkies, and that goes for both live-action and animation. The rise of animated TV happened that decade.

Otis: And we thought it would be fascinating to show animals in a mobster setting. Because we really haven’t seen anything like that from our perspective: you got mature themes of crime dramas, and then replace live people with animals. But then we decided we did not want to go ultra-violent like some of our inspirations, and that’s where we got the motivation to pull in science fiction from. It gave us more room to play around, the figure out what the world of Lion and Gorilla was.

Tim: So as far as I understand it, you guys are looking to get this story picked up somewhere. If you could pick any platform, any network or channel in the world, what do you think would make the best home for this particular story, and why?

Kevin: Because of how they’ve handled crime dramas and such, I would say HBO. Even though this is a cartoon, we want people to know it has mature subject matter. It would go less well with Fox, where they tend to be more comedic. Worldbuilding-wise, it has some elements of Game of Thrones. It’s got history; it can be developed. At the same time, as far as edgy animation is concerned, it could also end up at Netflix which has not only Castlevania but also various Japanese shows with high quality line work.

Tim: Would you ever consider launching the show on YouTube?

Otis: Don’t get me wrong — it is feasible to go to the independent route. But the quality of the artwork we are looking for would probably require a substantial budget. If you ask me, I think it would take the level of Avatar: The Last Airbender. That show took a lot of work. Were we to go an independent route, we would do a disservice to the story.

This interview was edited and condensed for clarity. More information about Lion And Gorilla can be seen here.